Birth of a National Organisation

At the AIRAH Convention on October 8, 2001, delegates voted for AIRAH to evolve into a “unified, national, technical Institute” that would communicate through “a centralised system”.

This effectively moved AIRAH from being a federated body into a centralised, national organisation. Among the signatories to the agreement – which now hangs in the Harrison Hub at AIRAH’s national office in Melbourne – were a number of past and future Presidents including Ces Lommers (WA), Peter Taylor (WA), Phil Carruthers (Qld), Jon Bosci (Qld), Syd Foster (SA), Ray Clarke (Vic), and John Collins (ACT).

We the undersigned, being the nominated representatives at board and divisional levels, have agreed to the following organisational developments. Our evolution to a unified, national, technical institute will occur through:

• Organisational structure
• Communication – a centralised system which provides members with quality information and real feedback mechanisms
• Membership – defining our potential membership; developing and delivering programmes which enable us to become the membership Institute of choice.

​The decision was a momentous one, requiring considerable changes to AIRAH’s organisation and administration. But it created opportunities in many areas, and effectively established solid foundations for the Institute to not only survive but grow over the two decades that followed. ​ 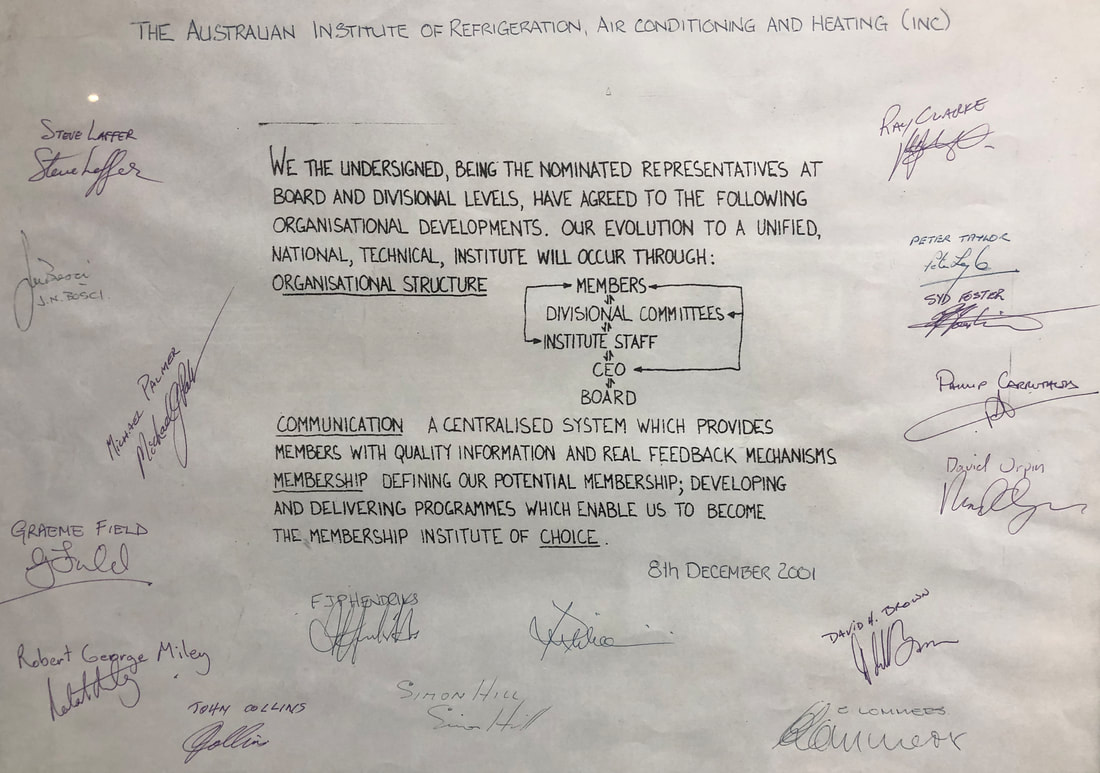